Mr. Shades Creek, also known as Mr. Shadey, is a fictional character conceived by Peggy Lowery and implemented by James Lowery with objects he has found in Shades Creek and its major urban tributaries in the Birmingham Area.

Using a little imagination and research, this is everything we know about Mr. Shady and his family based on items we’ve collected from Shades Creek. Below, you will find stream walk reports detailing development, wildlife and plant observations, as well as other notes regarding the various sections of Shades Creek.

Since Summer 2005 during periods of low water, James Lowery has been walking in sections of Shades Creek and its 3 major urban tributaries in the Birmingham area. By walking in the creeks, he has been able to find the sources of the creeks (some of which start underneath buildings or city streets) and has been able to observe first hand the dynamics of the creeks, what has been done to them in the urban environment, the wildlife of the creeks, and the things that people have thrown into the creeks or that have washed in through storm drains. The following stream walk reports present some of his findings related to the 3 major urban tributaries of Shades Creek and list some of the strange items James has found in the creeks: 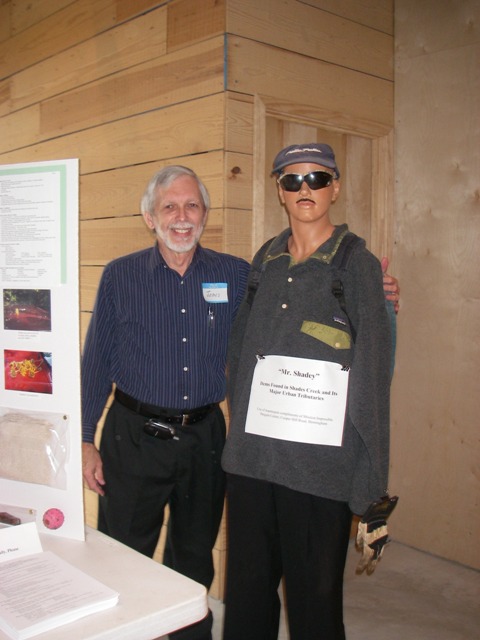 Why did Mr. Shadey and a turtle drink a Pepsi in a ditch? Read about their adventure in Scott’s Branch!
(Scott’s Branch goes through West Homewood)
Read more